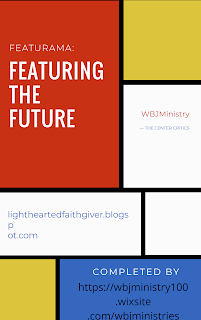 Genesis 43:1-15  And the famine was sore in the land. And it came to pass, when they had eaten up the corn which they had brought out of Egypt, their father said unto them, Go again, buy us a little food.
And Judah spake unto him, saying, The man did solemnly protest unto us, saying, Ye shall not see my face, except your brother be with you. If thou wilt send our brother with us, we will go down and buy thee food:
But if thou wilt not send him, we will not go down: for the man said unto us, Ye shall not see my face, except your brother be with you. And Israel said, Wherefore dealt ye so ill with me, as to tell the man whether ye had yet a brother? And they said, The man asked us straitly of our state, and of our kindred, saying, Is your father yet alive? have ye another brother? and we told him according to the tenor of these words: could we certainly know that he would say, Bring your brother down? And Judah said unto Israel his father, Send the lad with me, and we will arise and go; that we may live, and not die, both we, and thou, and also our little ones. I will be surety for him; of my hand shalt thou require him: if I bring him not unto thee, and set him before thee, then let me bear the blame for ever: For except we had lingered, surely now we had returned this second time. And their father Israel said unto them, If it must be so now, do this; take of the best fruits in the land in your vessels, and carry down the man a present, a little balm, and a little honey, spices, and myrrh, nuts, and almonds: And take double money in your hand; and the money that was brought again in the mouth of your sacks, carry it again in your hand; peradventure it was an oversight: Take also your brother, and arise, go again unto the man: And God Almighty give you mercy before the man, that he may send away your other brother, and Benjamin. If I be bereaved of my children, I am bereaved.
And the men took that present, and they took double money in their hand, and Benjamin; and rose up, and went down to Egypt, and stood before Joseph. Job 42:1-17 Then Job answered the LORD, and said, I know that thou canst do every thing, and that no thought can be withholden from thee. Who is he that hideth counsel without knowledge? therefore have I uttered that I understood not; things too wonderful for me, which I knew not. Hear, I beseech thee, and I will speak: I will demand of thee, and declare thou unto me. I have heard of thee by the hearing of the ear: but now mine eye seeth thee. Wherefore I abhor myself, and repent in dust and ashes. And it was so, that after the LORD had spoken these words unto Job, the LORD said to Eliphaz the Temanite, My wrath is kindled against thee, and against thy two friends: for ye have not spoken of me the thing that is right, as my servant Job hath. Therefore take unto you now seven bullocks and seven rams, and go to my servant Job, and offer up for yourselves a burnt offering; and my servant Job shall pray for you: for him will I accept: lest I deal with you after your folly, in that ye have not spoken of me the thing which is right, like my servant Job. So Eliphaz the Temanite and Bildad the Shuhite and Zophar the Naamathite went, and did according as the LORD commanded them: the LORD also accepted Job. And the LORD turned the captivity of Job, when he prayed for his friends: also the LORD gave Job twice as much as he had before. Then came there unto him all his brethren, and all his sisters, and all they that had been of his acquaintance before, and did eat bread with him in his house: and they bemoaned him, and comforted him over all the evil that the LORD had brought upon him: every man also gave him a piece of money, and every one an earring of gold.
So the LORD blessed the latter end of Job more than his beginning: for he had fourteen thousand sheep, and six thousand camels, and a thousand yoke of oxen, and a thousand she asses. He had also seven sons and three daughters. And he called the name of the first, Jemima; and the name of the second, Kezia; and the name of the third, Keren-happuch. And in all the land were no women found so fair as the daughters of Job: and their father gave them inheritance among their brethren. After this lived Job an hundred and forty years, and saw his sons, and his sons' sons, even four generations. So Job died, being old and full of days.

Email ThisBlogThis!Share to TwitterShare to FacebookShare to Pinterest
Labels: (203) 633-3676, #WBJMinistries come together donate to WBJMinistry